For the past two years August just hasn't been the same.

We’ve missed seeking out the most exciting new shows and breaking ground with them at the Edinburgh Festival Fringe.

Well, bore no more! New Diorama and Underbelly’s Untapped Award is back for 2022 to support new and established theatre companies like never before. We’re teaming up with Methuen Drama to supercharge the offer, making Untapped a genuinely game-changing opportunity.

We've been on a nationwide search for the best early- and mid-career theatre companies who want to perform at the 2022 Edinburgh Fringe - and we've selected four of the very best.

The winners of the 2022 Untapped Awards are: 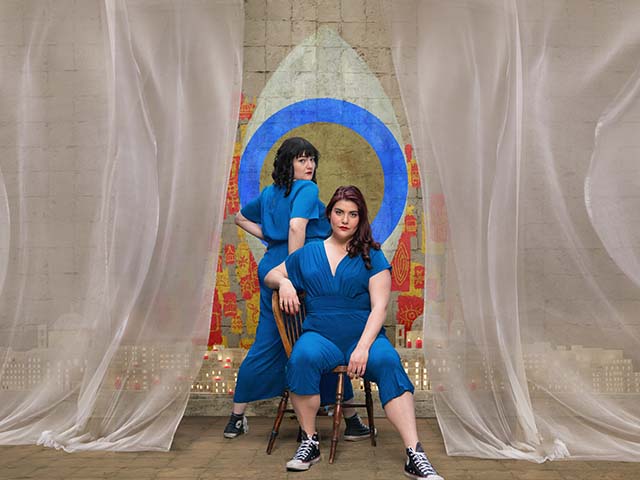 “Sometimes I’m afraid of this play.”

Propelled by three years’ of interviews with anonymous contributors and their own lived experience, actors and activists Marta and Davinia interrogate Malta’s restrictions on the freedom of women. What does it mean for your home to boast the world’s most progressive LGBTQIA rights, leading transgender laws – and a population that is almost unanimously anti-choice? 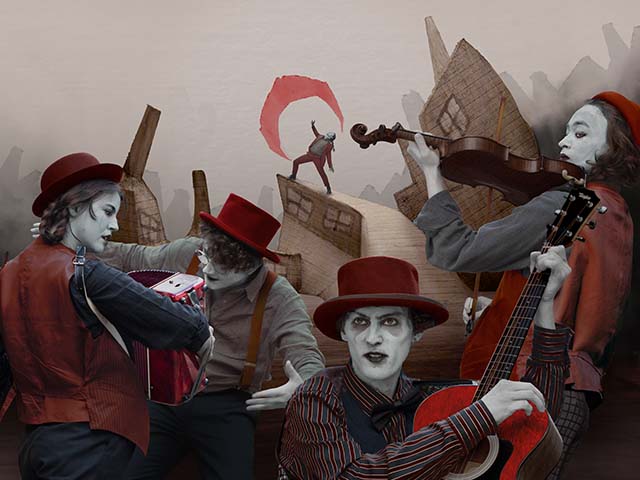 Tonight, a new Caligari comes to life – accompanied by a five-piece band.

Embracing the long shadows and broad brushstrokes of German expressionism, ChewBoy’s Caligari exposes parallels between post-war Weimar and the UK today – an ever-widening class divide, a subconscious need for a tyrant, and an unwillingness to rebel against deranged authority.

A dying man’s last wish: for his friends to create a show about death.

Will it be subtle? Will it be sophisticated? Probably not, but it’s his funeral. Literally.

Multi award-winning physical comedy company Ugly Bucket process the death of a friend in the only way they know how – through a kinetic maelstrom of outrageous clowning, personal testimony and a thumping techno soundtrack.

Ugly Bucket are thrilled to present this hilarious gut-punch of a show. 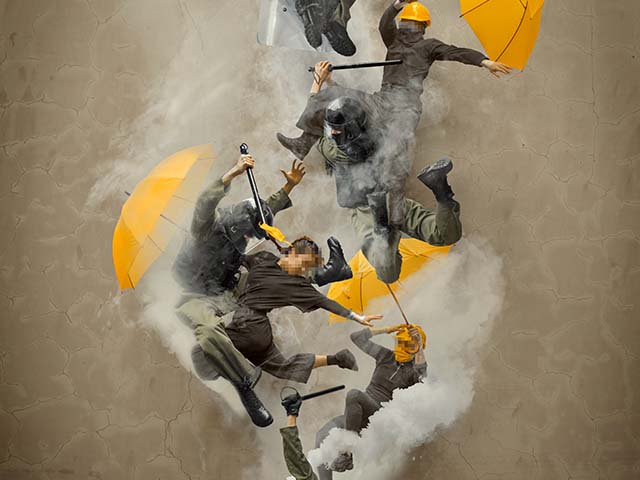 Max Percy + Friends: This is Not a Show About Hong Kong

This is not a physical theatre piece about the disappearance of a city and its people. It's not about the effects of censorship brought by the National Security Bill, nor is it about the loss of freedom in the Special Administrative Region.

This is a show about that deep, sinking, helpless feeling that we can't quite put into words.

Max Percy + Friends are not here.

About The Untapped Award:

The Untapped Award entitles the winners to:

Previous winners of the Untapped Award include:

Nouveau Riche’s Stage Award-winning Queens of Sheba, which toured extensively and went on to enjoy four sold-out runs at Soho Theatre - their latest show For Black Boys Who Have Considered Suicide When The Hue Gets Too Heavy has just extended a critically acclaimed run at the Royal Court Theatre.

Other previous winners include ThisEgg’s dressed which won a Fringe First award and went on to tour nationally, and BurntLemon’s Tokyo Rose, which toured extensively and recently enjoyed a successful run at Southwark Playhouse.

An Excellent Venue Deal
A great venue & time for each show, plus an enhanced 65/35 box office split with no venue deposit or guarantee.

Cash Investment & Rehearsal Space
Each Untapped company gets £5,000 in cash towards travel and accommodation, plus an offer of free rehearsal space at our NDT Broadgate venue (subject to dates and availability).

Press & Marketing
PR gurus Borkowski will run campaigns for all shows. Underbelly will provide access to their flyering team for all groups and outdoor poster boards. And every company will get a show image created by NDT’s graphic artist mastermind, Guy J Sanders.

Publishing
New for 2022, each company has the option to have their production published by Methuen Drama including a separate commission fee and agreement beyond the award.

Access
All Untapped shows will receive relaxed and fully-funded captioned performances at the Festival.

UPDATE: The 2022 shortlist was as follows (* indicates the winning groups).

The shortlisting process:
Every year, UK arts professionals help us shortlist applications - giving us insight in their networks and regions. Alongside the New Diorama, Underbelly and Methuen Drama teams, our Untapped Shortlisting Team for 2022 was:

All applicants needed to be available to attend an in-person session at NDT Broadgate in London on Sunday 03 April to show us a short rehearsal room extract of their work. All groups were paid £200 each for their participation, and we covered travel for those groups coming from outside of London. On the final selection day groups were supported by:

And the final selection panel consisted of:

We committed that half the Untapped 2022 companies wiould come from backgrounds currently under-represented in our programme, and within the wider theatre industry.