A Girl in School Uniform (Walks into a Bar)

It’s the future. But only slightly.

There are blackouts. No one knows what’s causing them, but that doesn’t stop people going missing in them.

Now Steph and Bell, a schoolgirl and barmaid, have to search for their missing friend, until the outside world starts infecting the theatre that stands around them…

Originally supported and developed by Leeds Playhouse before transferring to the New Diorama Theatre for a sell-out run, Holy What's A Girl in School Uniform (Walks into a Bar) is a bold new play about crisis, darkness, cities and hope.

A Girl in School Uniform (Walks into a Bar) comes from the team behind 2020 smash hit Antigone.

PRESS ON A GIRL IN SCHOOL UNIFORM:

★★★★ “A resounding shot in the dark” The Guardian

★★★★ “This is quite brilliant, leaning on the likes of Caryl Churchill, Martin Crimp and other masters of elliptical language” Time Out

Holy What is a new theatre company founded by writer Lulu Raczka, director Ali Pidsley and producer Imogen Clare-Wood. We have come together to create irreverent character-based new writing pieces that interrogate theatrical form. Productions include A Girl in School Uniform (Walks into a Bar) (Leeds Playhouse, New Diorama and UK Tour) and Antigone (New Diorama). Ali and Lulu previously worked together on the critically lauded NOTHING and Some People Talk About Violence. 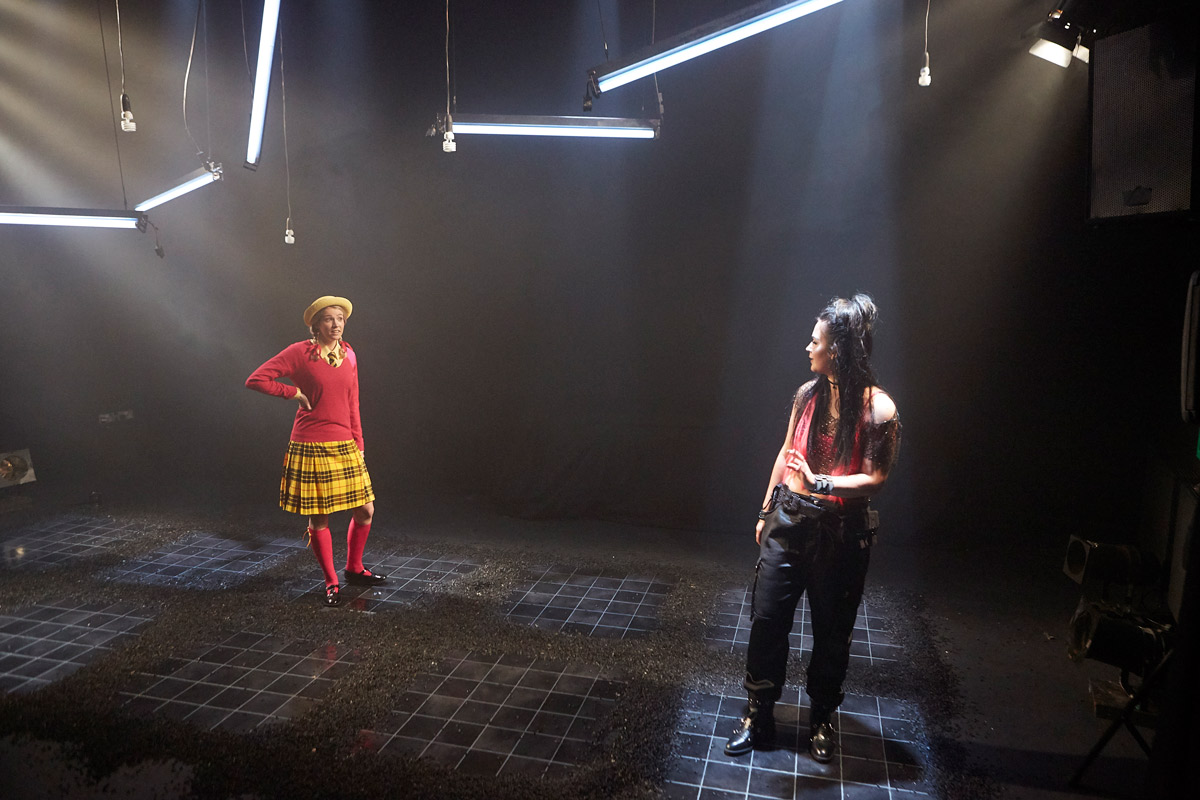 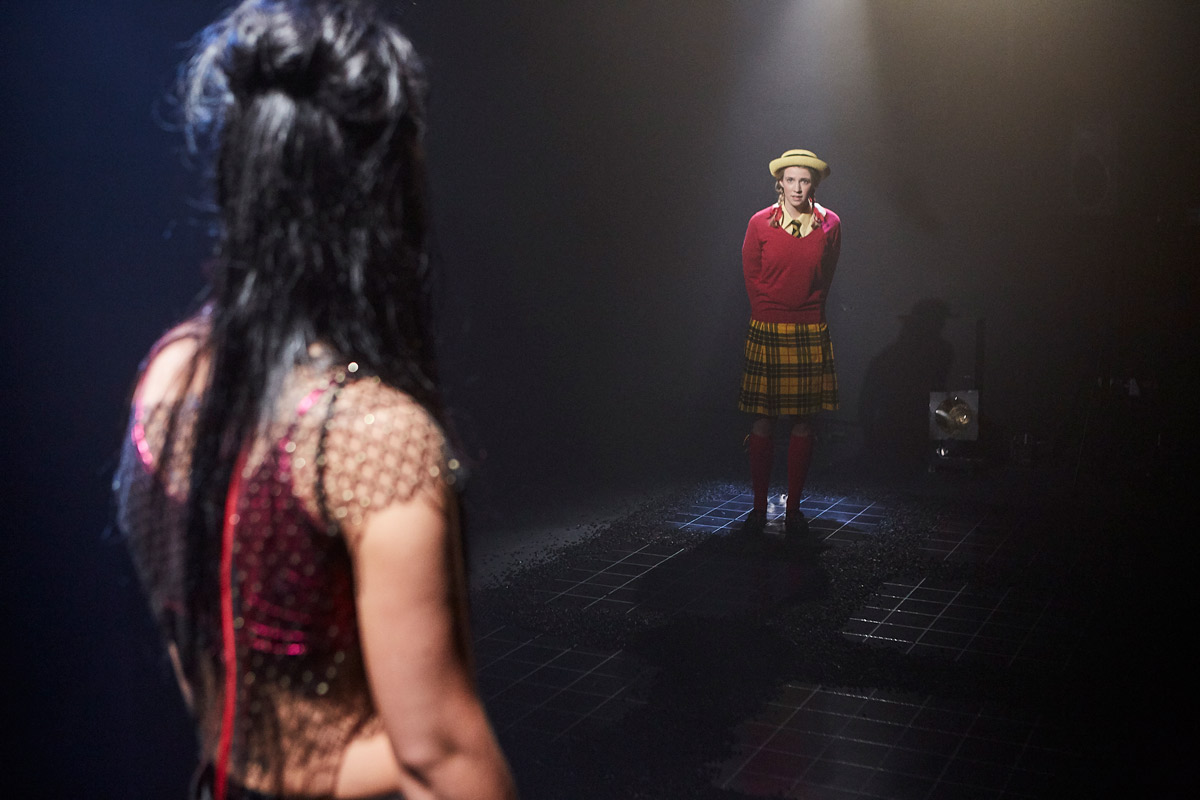 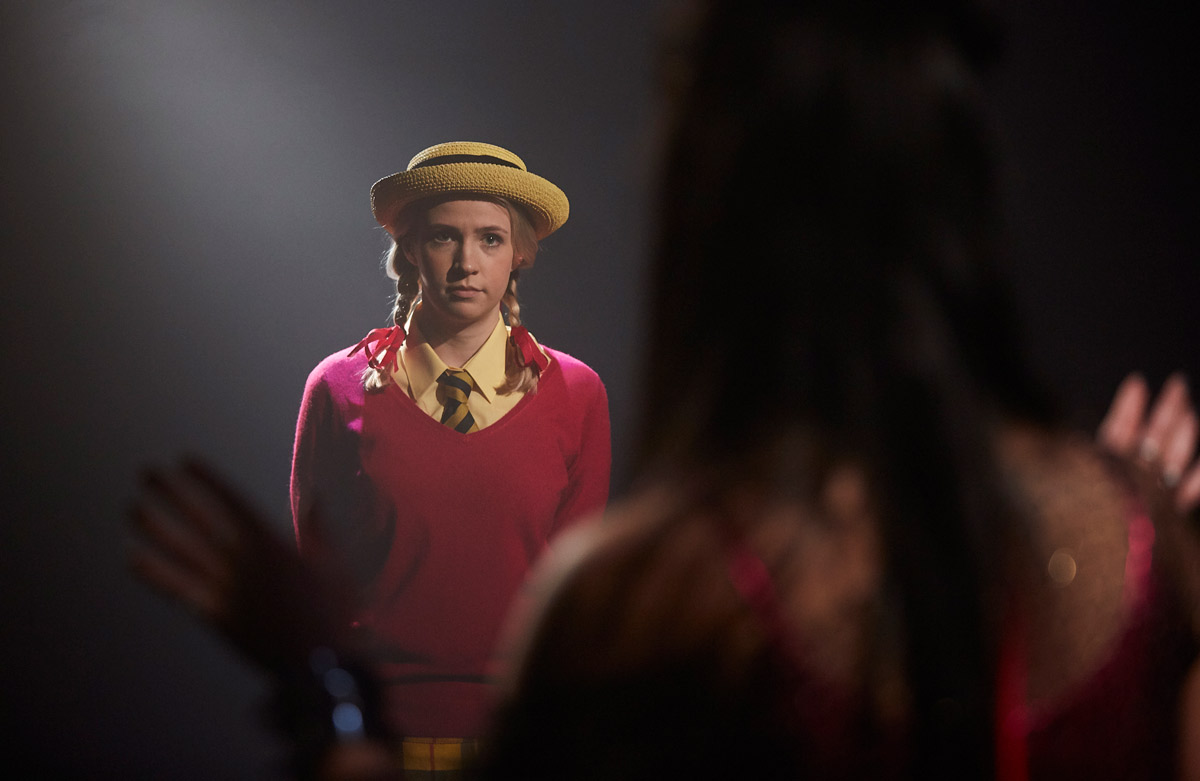